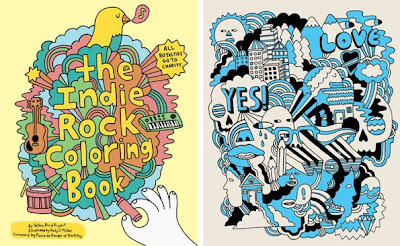 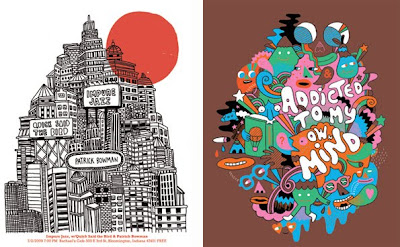 We’re extremely excited by the addition of another great artist to our team of unique image-makers. Welcome aboard Andy J. Miller!
Andy J. Miller is a busy 23 year-old freelance illustrator/designer,¬†living in the great state of Indiana, but working with clients all over the world. Born in Indiana, Andy studied in the United Kingdom at the University of Huddersfield. Fuelled by influences from past and present such as Dr. Suess to Saul Bass, Andy describes his work as ‘a drawing of a dream inside of a dream’.
Andy has worked for big hitters such as Sony, Virgin Media, Nickelodeon’s Yo Gabba Gabba, Starburst Candy and Converse, but also many independent companies like Howies, Poketo, and Chalk Brighton. Andy’s book, The Indie Rock Coloring Book, is sold internationally and was published by Chronicle Books.
Andy’s work has been featured on the television programs That Morning Show on E! and Much Music Television. His work has also appeared on the blogs and publications: TIME, The Boston Globe, Marie Claire, Relevant, Pitchforkmedia, Kitsune Noir, It’s Nice That, BOOOOOOOM, The Strange Attractor, Beautiful Decay, Urban Outfitters Blog, SPIN Magazine.
See his full portfolio here.